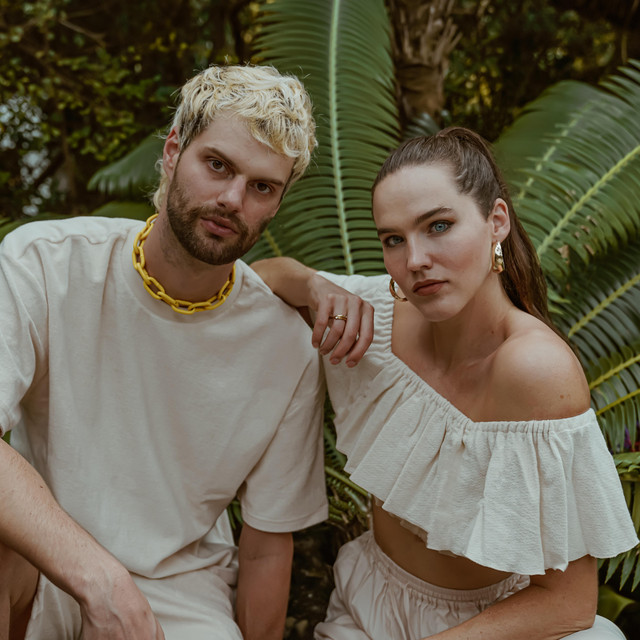 When lockdown started, some people were actually kind of excited. It was an opportunity to finally work through our bookshelves, deep clean our homes and pick up the hobbies we’d always threatened to try.

We’ve been in quarantine for nearly half a year, and many of our lofty goals proved easier said than done. Who can start a garden in this particularly vicious and unrelenting news cycle? To do that, you’d have to be some kind of ultra-positive superhuman – or you could just be Sofi Tukker.

For the last 150-plus days, Sophie Hawley-Weld and Tucker Halpern have been continuously livestreaming DJ sets from their base of operations in South Florida. Every day at 1 pm EST on the dot, the dance floor-friendly pop pair  take to their living room to play out old favorites, test new material, and wind through almost every conceivable electronic genre under the sun.

“We were trying to put out positivity in a time when people needed it more than ever,” Halpern says. “A lot of people really just kind of grasped to it. I think for us as well — to have something in the middle of the day that we had to be up for — it’s been kind of a godsend for us too, to stay productive, to stay connected.”

Sofi Tukker is famously close to its fan base, but the live chat component of streaming setups has created a deeper intimacy still.

“We've never experienced this kind of connection with people who like our music,” Hawley-Weld gushes. “We've always had very wild shows, and [live performances] feel very connected and community-oriented, but this is another level because people are gathering every single day.It's not like once a year they'll come to show. They've organized their entire life around it.”

Prior to the COVID-induced concert shutdown, the pair often invited audience members onstage mid-performance. Halpern and Hawley-Weld share a laugh reminiscing about their gig at the 2018 edition of Okeechobee Music & Arts Festival, when one lucky concertgoer was plucked from the crowd only to not-so euphemistically spill their guts across the stage.

“You always choose the wrong people,” Hawley-Weld jabs. Halpern readily admits from that point forward up through this year, he let his musical partner take the reins on audience participation.

“I always chose the drunkest person in the crowds,” Halpern laughs. “That's when I stopped inviting people up — never again!”

Although the livestream has been free of such visceral shenanigans, things haven’t been any less, well, freaky. Diehard fans and regular viewers of Sofi Tukker’s stream have come to call themselves the “Freak Fam” and have built an astoundingly tight-knit community in a short period of time.

“The Freak Fam Zoom room that one of the people made early on — I think [around] day 50 — has become this whole 'nother universe that we're not even really involved in,” Halpern says. “They watch each other dance during the sets, and it goes 24 hours a day. There's always at least like 20ish people on there, sometimes 200. People [literally] sleep on it. They've become each other's best friends. Some of them have flown to each other’s cities and started living with each other.”

“After quarantining,” Hawley-Weld quickly adds with a laugh.

Different Freak Fam sects have staked their territory on the separate social media platforms broadcasting Sofi Tukker’s shows: Just as there’s the Freak Fam Zoom many gather in, there’s also the Facebook Freak Fam as well as the tribes on Instagram and Twitch.

With the help of Squid; their photographer, content producer and roommate, Sofi Tukker have nurtured this newfound and unexpected relationship. The team manages to keep tabs on what’s going on in the Freak Fam’s lives and incorporate them into the streams. Whether it’s birthday shout outs, shows of emotional solidarity during these exhausting times, or even audio snippets sent in by viewers, the Freak Fam has become as integral to the show as Sofi Tukker themselves.

While the livestreams are largely fun-filled affairs — melding the madness of DJ sets with the conversational tone of talk shows and comedy routines — they don’t discount the very real and very tragic circumstances that prompted its existence in the first place.

“I would feel uncomfortable not doing it,” Halpern says, “because I know from the letters and messages that we've gotten how important it is to some people.”

“A lot of people have lost their jobs,” Hawley-Weld adds. “[They] really need community and support and joy and release.”

The transparency between audience and performer has been a two-way street.

“It definitely has forced a level of intimacy and comfort and honesty,” Hawley-Weld shares. Recently, she took to the stream in the midst of one of the toughest days she’s endured in quarantine yet.

“I was feeling the weight of it all, I think,” she says. “For a couple different reasons, it was very overwhelming for me, and I was having a hyperventilating cry.”

“If that had happened in a live show, I would 100% pretend like I was just fine and perform,” Hawley-Weld confesses. “But in this scenario, I had to tell people, ‘You see me every day. You can see my puffy eyes. I'm not gonna lie to you: I'm having a really hard day.’ Actually, the response was like ‘Ayyyy! Oh my God, Sophie, we're so with you. We love you and support you no matter what, and I'm also having a hard day.’”

Halpern says the experience of doing the livestream has made all involved parties feel a little less alone during the time of social distancing. Even with the camaraderie and streaming success they’ve built, neither member of Sofi Tukker pretends to know the future.

“There are so many variables and possibilities,” Hawley-Weld says,. “I think we are kind of living day-to-day right now and making the most of it.”.

Between all these stream. Sofi Tukker continues to record new music. The duo’s Gorgon City collab, fittingly-titled “House Arrest,” is currently tearing up the Billboard Dance chart. Regardless of when things return to “normal”, Halpern and Hawley-Weld plan to keep the digital party going.

“I think we'll incorporate livestreaming in our life,” Hawley-Weld says. ”It has meant so much to us and built such a beautiful community that I'm sure we'll use it in some way.”.

“We do it because we're building something that we're really excited and proud of — oddly, we probably grew a lot in this time when we weren't touring,” Halpern adds. “For us, it's sort of like an investment in the future… We're in it for the long haul.”