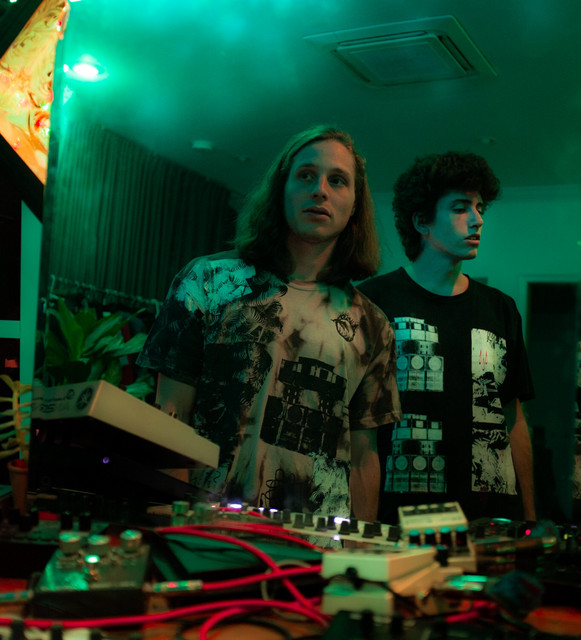 Talent Scout is a series where Festival Insider shines a light on buzzing talent you should know. This week, we travel to Miami where an analog duo is making serious noise.

Do you miss the rush of the rave? Do you prefer your electronic music to slap you upside the head with skittering drums and acidic synth lines that leave you no choice but to nod your head alongside impossibly fast BPMs? Then INVT might be for you. The Miami-bred duo of Luca Medici and Delbert Perez have been tearing up dance floors over the last few years with their fast-paced songs and equally relentless DJ sets. INVT — alternatingly pronounced ‘innovate’ or ‘I’ ‘N’ ‘V’ ‘T’ depending on who you ask — doesn’t discriminate along genre lines in their mixes or music. Records like February’s 4PLAY will take you running through the techno heard on the titular opening track into the analog acid of “Liquido Acido,” and even find time for ambient detours like “Decompression” all without ever missing a beat. Call it techno, refer to it as electro, reference it under any name you want: at the end of the day, INVT’s music always goes hard.

The pair have kept busy over the last few months: In addition to putting out a complimentary book alongside the jungle and footwork-indebted sounds of their latest record MUNDOS, INVT also recently stopped by the Lot Radio to play a b2b set with Kush Jones. During a time when much of the dance music world is on pause, INVT have only continued moving forward.