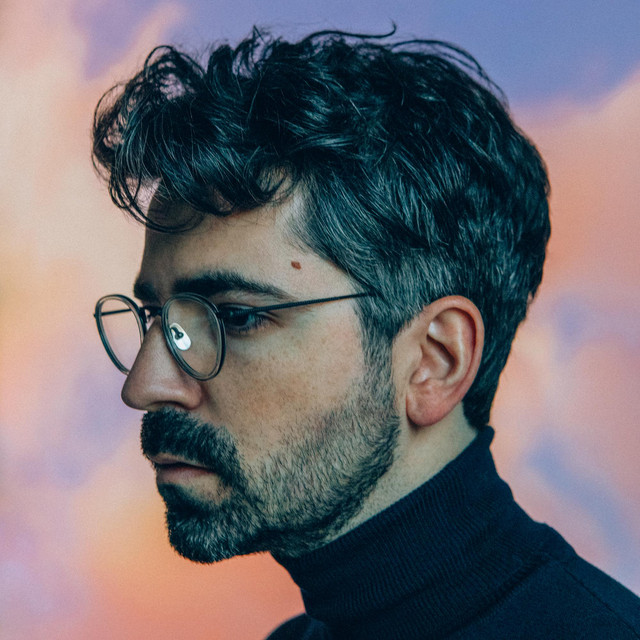 “Some people think you need $40,000 to make a music video,” says Taelor Deitcher, better known by his production alias Felix Cartal. “I think you just need a creative idea, then you can make anything work for whatever budget you have.”

You can take this year as a holdup or as an opportunity to learn, create and grow. Channeling himself and his goals over the past few months, Cartal chose to see 2020 as the latter -- and his entire career, really.

We were first introduced to the Canadian producer back in the mid-2000s while he toured together with MSTRKRFT and other blog house era icons. He signed with Steve Aoki’s Dim Mak Records, which served as his homebase for many years, with releases including his 2009 debut Skeleton EP, and his first studio album, Popular Music.

Cartal has come a long way since then, touring the globe and carving dancefloors with his ever-evolving melodic house sound. Today, he’s come full circle, turning back to his electro-infused blog house roots with side projects and remixes.

All the while, Cartal has established his own brand, but it’s the way he reinvents himself through his art to his music, music videos, collaborations and now live streams that gives his arc longevity.

Last week, the platinum hit producer released the music video for “Harmony” via YouTube’s Premieres. Out on Physical Presents, the single follows July’s “Mine,” which has seen nearly 13 million plays on Spotify alone.

“The concept was to have [the dancers] be in ‘Harmony’ with nature and with each other, but also in harmony with how the song makes them feel,” Cartal says. “We didn't really do any choreography, literally just filming in every place we stopped and letting them go crazy and express themselves however they wanted.”

The video was directed by Kasey Lum, a high school friend of Cartal’s who also worked on his music videos for “Everyone But Me” and “Hold Tight.” With a small crew of three actors (including Cartal), two cameramen, and a stylist, the friends leaned into the DIY approach.

“I've always wanted to do a dance video,” Cartal says. “It's kind of weird that I haven’t, considering I make dance music. A lot of the songs that I've done videos for have been a little more pop and commercial, maybe not quite so in your face.”

Like the track, the video holds a lot of energy. The song journeys through the spontaneity and freedom in the dancers movements, effortlessly and seamlessly flowing between shots and sceneries. Inspired by Cartal’s love of pop music, it reinforces the uplifting feeling of the song. This style has come to define his music, most notable in the evolution of his sound between albums Different Faces (2012) and Next Season (2018).

“I wanted [the song] to channel Madonna's ‘Hung Up’ or Gwen Stefani’s ‘What Are You Waiting For?,’” Cartal says. “These [are the] kind of banger dance-pop songs from the early 2000s that I grew up on. Once it starts, it doesn't stop until the song is over. There's no more breaks once the beat kicks in. It’s relentless, and the video should do the exact same thing.”

The video’s color palette is accented with bright neon green and yellows. Playing off the culture of rave gear, the wardrobe is casual yet eye-catching, adding an edge to the natural and organic settings in the video.

The outfits are fashioned by stylist Carlee Wallace, who has curated Cartal’s cohesive style since the two started working together on his “Love Me” clip.

“She [Wallace] has really helped me elevate a lot of the fashion ideas that I've had,” Cartal says. “She is very capable of pulling interesting things and pushing my boundaries. She's very aware of my own style, but also throws ideas at me that kind of make me nervous, in a good way.”

Matching with his costars, Cartal sports a Kermit-green jogging suit between cuts. As the track continues its momentum, he works into a sprint before staging the valley as the dancefloor for his dancing muses.

Minutes before the big reveal on YouTube, the producer came online to engage with his fans via the live chat, something he’s been doing a lot of during the past few months of lockdown while live streaming from his home in Vancouver, British Columbia.

“I like having the ongoing dialog,” Cartal says. “I don't want to just be like, ‘go listen to my thing, go like my thing, go play my thing.’ I try to think of it as a group chat with your friends where it's like, what are the jokes that we have together? What are the random things we all gravitate towards? The music they'll seek out if they enjoy being part of the community.”

Cartal began his weekly streams during lockdown as a way to connect with listeners and fill the performance void.

“It’s a chance for me to talk with people that enjoy my music,” Cartal says. “The streams have been a great outlet for that, and it's been fun. “I'm not trying to overthink it, I’m just running with ideas that happen organically.”

Fostering an online community via his ‘Bort Gang’ discord, Cartal uses the streams as an exploratory means of playing the music he loves while giving fans the opportunity to hear new music.

“Because there's no live dance floor to maintain or be conscious of, it's really given me a chance to play a lot of weird records that I wouldn't normally get to play,” Cartal says. “It's a lot more chill stuff that I've really been into, things that might [otherwise] kill a dance floor.” He explores some of those softer moods on his R&B-laced Sad Money and Gallant collab, “Lose My Love.”

He welcomes guests to the stream. Past appearances include Dr. Fresch, Nostalgix, and Canadian songstress Lights, the latter of whom Cartal worked with on the JUNO Award winning Dance Recording of the Year, “Love Me.”

“It started because Lights and I were doing a livestream for FVDED In The Park, which is a Vancouver festival,” Cartal says. “Leading up to that, she hadn't DJed before, so I was teaching her. One day, we were practicing, and then she had to go home and I [just wanted to] keep DJing because I hadn't in so long. I forgot how fun it is.”

Cartal takes to the air on his Twitch channel every Wednesday at 7 p.m. PT for his Simpsons-themed livestream coined “Wavy Wednesdays,” as well as on Sundays at 4 p.m. PT for “Simulation Sundays.” The latter is streamed via his Glass Petals channel, a house and techno side project together with Johnny Jover.

“It’s like house music on steroids,” says Cartal about Glass Petals. “I'm trying to reference a lot of the things that I did really early on with my Felix Cartal sound. I love a lot of those blog house bangers that have massive build ups and a lot of tension.”

Cartal and Jover started Glass Petals in 2019, casually introducing listeners to the project by dropping singles “Fucked Up” and “Nightcap” in Cartal’s live sets and Weekend Workout radio show.

“I wanted to start a thing that was pretty simple in its concept,” Cartal says. “Let's not really do anything overly commercial or think about those types of things, just pure club bangers. Keep it fun, keep it high energy. Hopefully this can be an outlet so we can DJ shows together because it's just fun to DJ with him.”

Until he’s able to get back into traveling and performing on stage, we can expect more live streams as well as more singles in the coming months. And while there’s no immediate plans for another album, there’s no doubt that Felix Cartal is a crafty powerhouse of innovation we’re excited to continue to see more of in any realm.

“I'm trying to look at it as a silver lining rather than this negative thing that I'm not touring, to maintain my sanity and also maintain my productivity,” Cartal says. “At the end of the day, I'm pretty used to working by myself. I'm sort of a lone wolf, I guess.”