In October of 2021, ACRAZE—real name Charlie Duncker— attended EDC Las Vegas not to perform at the event but to take in the three-day spectacle. And while he may not have stepped up to the decks at the return of the largest dance music festival in North America, his impact was felt on nearly every stage.

“Do It, To It,” his grooving edit of the 2006 crunk hit of the same name by Atlanta girl group Cherish, had far exceeded vital status. You would have been hard-pressed to find a stage at which the track (or a remix) wasn’t dropped. By the time Zedd dropped the video of his infectious Squid Game edit of the tech-house banger, it was clear that ACRAZE had the song of the year.

“The recognition was amazing. That’s when Zedd put out his edit. The song was just elevating,” Duncker told Festival Insider. “I heard a lot of dudes playing it during last year’s [EDC]. I was driving [in] the golf cart and passing stages. And I would hear it and I’m like, ‘Man, this is so crazy,’”

With only two songs under his belt as a house artist, the Florida-born artist is thriving. "Do It, To It" has over 425 million streams on Spotify. He's been nominated for three 2022 EDMAwards including Dance Song of the Year, Dance Radio Artist of the Year, and Best New Artist. And he has a summer tour schedule that includes Beyond Wonderland at the Gorge, Tomorrowland, Groove Cruise, and opening for DJ Snake for 80,000 people on June 11 at Parc Des Princes soccer stadium in Paris. 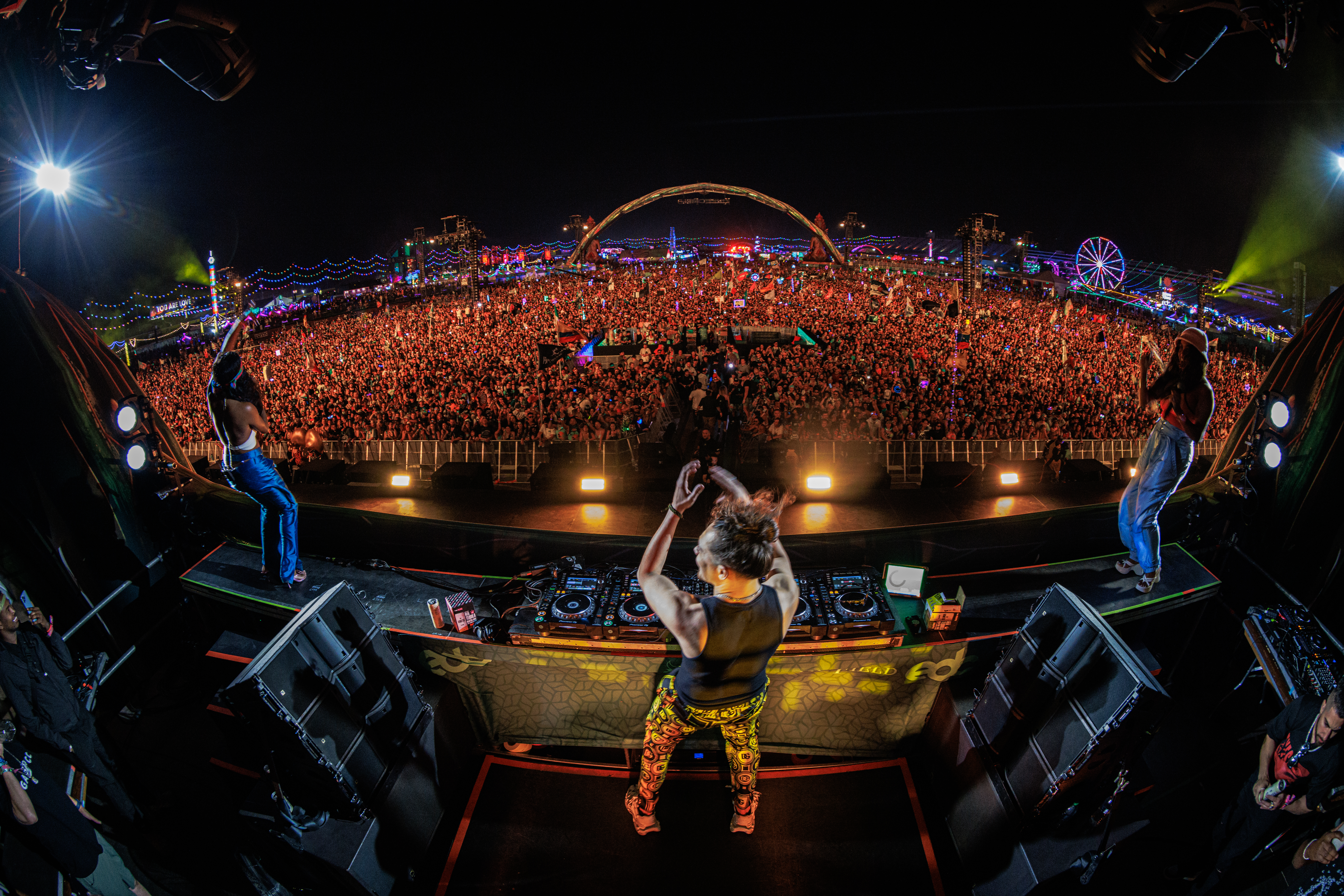 This May, he returned to EDC to play on two of the festival’s largest stages, CosmicMEADOW and KineticFIELD. Festival Insider caught up with him Friday night after his storming main stage performance, where he brought out Cherish to perform with him.

It was a far cry from his trip the previous year. And while he has yet to drop a follow-up, he doesn’t seem worried about the pressure to keep the momentum going. And as we later found out, he’s got plenty of gas in the tank.

“I’m just going with the flow. Of course, when you when you get to this point, a lot of people are watching you. And it’s definitely a lot of pressure,” he candidly states about having the eyes of the industry on him.

Following up a such a strong global success is a tall order. However, he’s comfortable letting this ride out while planning his next move. He’s not looking to repeat a formula either. While many artists fall into the trap of trying to recreate the success of their first hit, Duncker recognizes its strength. Yet, he’s more concerned with just making great music.

“I don’t go into the studio trying to make another ‘Do It, To It.’ I’m just trying to make the best music, and get the most out of each record that I that I make. When I put out another record, probably during the summer, [it’ll] grow on its own. I’m not chasing another hit. if I do grab another hit—which I’m sure will happen in the future—It’ll happen organically.”

His philosophy is rooted in a breezy, effortless attitude. When he leans in to speak, it’s calm, collected, and focused with none of the bravado of his contemporaries —a refreshing counterbalance to the predominant boys club culture in dance music. He seems like he’s been doing this for years because he has.

He has always been enamored by music. He never considered it a career path until he got into DJing after high school. He decided to quit playing football and skip college to focus on music. His parents were shocked, concerned, and not at all on board with a choice that had no guaranteed future. Duncker’s path was divergent from the more traditional route his parents imagined for him. He had a different measure for success. 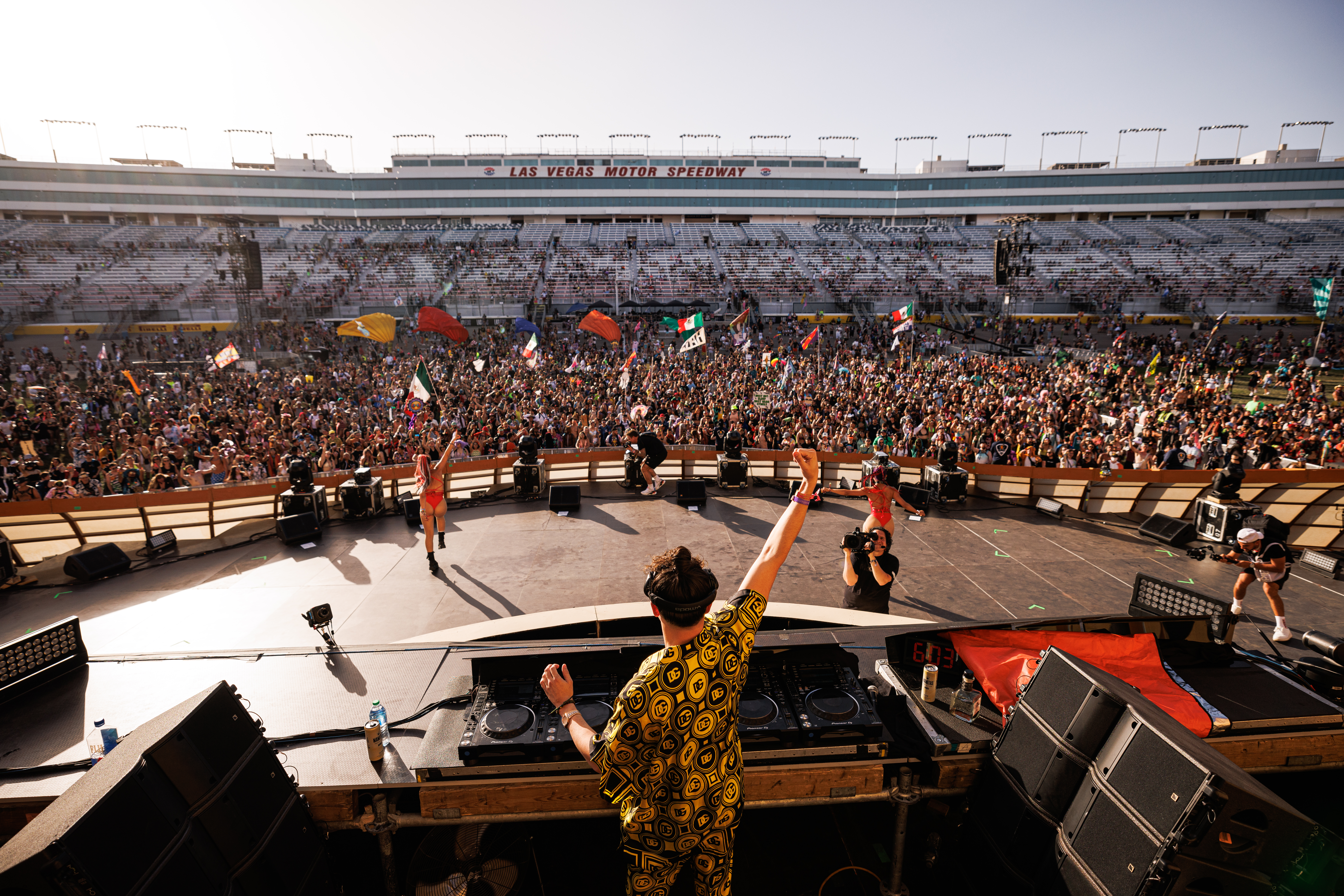 “I honestly had to get away from my house. I left my family for like, two or three years. That’s what I started to learn music. And then I came back, had some sort of success. And they were pretty happy for me. In the old days, money was like, the way to success. Now, you can have success besides money.”

He says his parents transformed after seeing his continued success. “My parents are completely different now. They’re so happy. They’re living through me now. Because have a different life.”

Before the pandemic, Duncker was producing bass music. He’d scored some wins and even collaborated with 4B. When the pandemic shut it down, he tried to recreate what had worked for him in the studio before, but he was being drawn in a new direction.

“I’m sitting there in my bedroom, I was trying to make bass music and it just wasn’t working,” he says. “And then I started making house. I was writing hundreds of records a month. One of my managers was like, ‘Dude, we have to just follow this flow. If it’s this natural, that means this is your calling,’”

The time to look further inward was a windfall for Duncker. He recognizes that the pandemic was a tragic and traumatic world event, yet he admits that the time to refocus presented a massive shift in his perspective.

“It felt like a blessing. I got to find out who I was as an artist. I got to be in my own element. I got to find where I was. And house music was just making me crazy. I was just so driven by it. I felt so electric.”

At times it seemed like he should’ve been doing this all along. Yet he doesn’t like to view his choices as such absolutes. His attitude of gratitude contributes to his success just as much as his talent.

“I don’t look at things as wins and losses. I look at them as lessons and blessings. It’s either a lesson you learn from it, and you move on. It’s a blessing to cherish that moment and you keep like trying to make another blessing.”

The whirlwind of success resulting from that work has led him to make some game-changing moves. He recently announced that he was signing exclusively with Capitol Records (in partnership with Thrive Music, the label that released “Do It, To It). Having the weight of these two iconic labels will only ensure that he can carry out his vision. He wants to see even more opportunities for underground dance sounds to make their way to commercial radio.

“[I’m excited] just to see new talent grow. I mean, I’m one of them. There’s a lot of new guys that are actually pushing the bar. It’s cool to see new talent rise and see music keep evolving. That’s the beauty of this. I just feel like if we keep pushing music, in the EDM world to radio to keep pushing it to become bigger like pop, it’ll be undeniable at that point.”