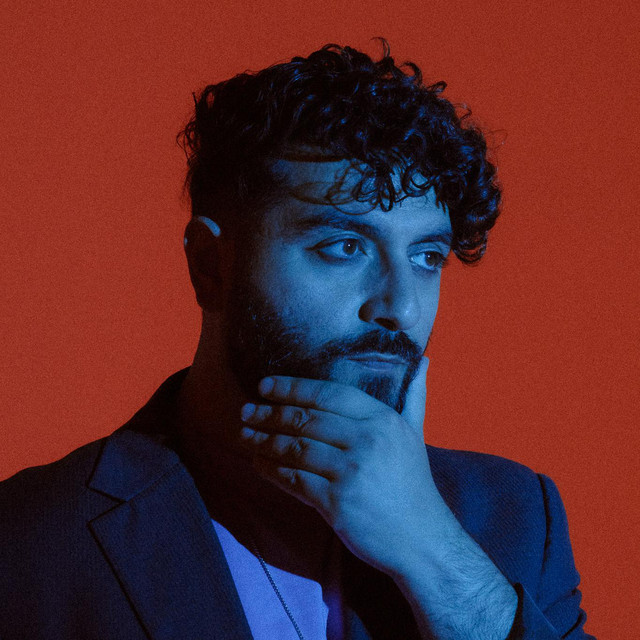 After a year of isolation, the excitement to share space again is palpable, yet as excited as we are to return to the dance floor, there’s still some anxiety.

Iraqi-born, Australian-based house producer Motez channeled those feelings into his latest single “Give Me Space,” an uplifting record that unites his many influences, combining elements of synth-wave and techno with his classical training as a pianist and the brilliant voice of singer The Kite String Tangle.

A shapeshifter throughout his career, Motez’ dynamic style has made the producer a favorite of fans and peers for more than a decade, bringing him collaborations with Disclosure, Sam Smith, Ellie Goulding, Rufus Du Sol and more.

“Give Me Space” is as much a song for the moment as it is one that borrows from the past. The distinct ‘80s vibe is thanks to a dive into darkwave Motez explored in quarantine, learning to love the likes of Boy Harsher, Molchat Doma and Drab Majesty.

“I've been listening to a lot of synthwave,” Motez says. “I've been playing a lot with those sort of sounds [in] four to the floor contexts.”

This amalgamation of sounds is an appropriate vessel for TKST’s gentle voice and introspective lyrics. Motez wanted to work with him since he heard TKST's debut "Given the Chance."

"I was completely enamored by his voice,” Motez says. “It's so kind. The very timbre of his voice brings out a lot of emotions in me."

Motez says the song urges us to consider how society will move forward in a post-pandemic world.

“The actual theme that [TKST] is talking about is perfect,” he says. “This is exactly what we need, because it's just about giving yourself space to think about things, and how you're gonna go about life from now on [with] distance and perspective.”

Later this year, Motez will release a larger body of work that puts the gravity of the last year into perspective.

“I'm just sick of feeling sorry for myself," Motez says. "I don't think many people have lived through something like this. I grew up in Iraq. I've seen wars, but [when] the planet comes to a complete halt, there's bound to be something more rebellious and a bit more tongue in cheek.”

Before Sadaam Husein’s regime, Iraq had a rich sonic footprint. Motez' childhood home was full of music. His dad listened to a lot of Peter Gabriel and Tom Jones.

“He still loves Tom Jones, the old man,” Motez says, “and my mom loved the Beatles, Phil Collins, Boney M. as well. I just realized the other day as I was talking to my girlfriend [that] my parents loved ABBA."

Despite Iraq’s instability, the people enjoyed relative cultural freedom throughout the '60s and 70's.

“Where my family used to live, [there was] this main strip sort of like Sunset Boulevard,” he remembers. “There's music shops everywhere, and they’d blast music out.”

When German reggae band Boney M. released "Rivers of Babylon" in 1978, it reverberated from every speaker, but because of Hussein’s anti-western and anti-Israeli policies, the song was forbidden.

The song's lyrics: "By the rivers of Babylon, there we sat down, yea, we wept, when we remembered Zion ... They carried us away in captivity requiring of us a song," are adapted from Psalm 137.

“Anything to do with Zion regardless of the context, it's Iraq, anti-Israel, banned,” Motez explains. “It was played a lot in underground house parties.”

Motez began to form his own musical language, listening to bootleg recordings of western music. Some of the influences for "Give Me Space," came from these early listening sessions.

“I still remember listening to Jean-Michel Jarre and Vangelis and, later on, Boards of Canada, Mike Oldfield,” he says. “All that music was heard through bootleg cassettes, because people wanted to listen to it.”

In 2000 at the height of Hussien's rule, Motez escaped with his family to Australia.

“I take my job seriously, but it's not real life,” he says. “It doesn't ground me in reality. My upbringing does; where I grew up, and the scarcity of mundane things - things that we all take for granted. Basic services, for example. I can't take anything for granted and I just enjoy it, but also not treat it like real life.”

When he moved to Australia, he knew the best way to understand the dynamics of the culture would be to work. He didn’t just want to work though. He wanted to make a difference.

He chose Oxfam, an organization that works to end poverty, and he’s carried on his advocacy work at the Asylum Seeker Resource Center.

Motez continues to find avenues to keep himself grounded. Even his response to the evaporation of live music in 2020 was thoughtful. There was no point in releasing dance music with no clubs and no dancing, yet he felt the responsibility to create something timely.

“As an artist, if you have that in your tank, you need to present something that's more or less reflective of your time,” he says. The result was Solitude, a gentle, meditative EP that he calls “an introspective time capsule of that period.”

He also reacquainted himself with his voracious love for coffee. Unable to travel, he had time to learn how to make a fantastic cuppa (Aussie slang for a good cup of coffee or tea) He bought himself a batch brewing machine to accompany the top-of-the-line espresso machine he already owned.

“I kid you not, this has powered me through all of lockdown,” he says. “Hours and hours walking in my backyard and front yard just charged up on coffee, talking to people about the video, trying to organize the video. That whole phase was powered by batch brew coffee. That's what I did. I just buy the beans, grind them on the spot, do the batch brew, make a massive pot, and just wait for the heart attack to come in.”

“Give me Space” is out now on Sweat It Out records. Listen to it below.