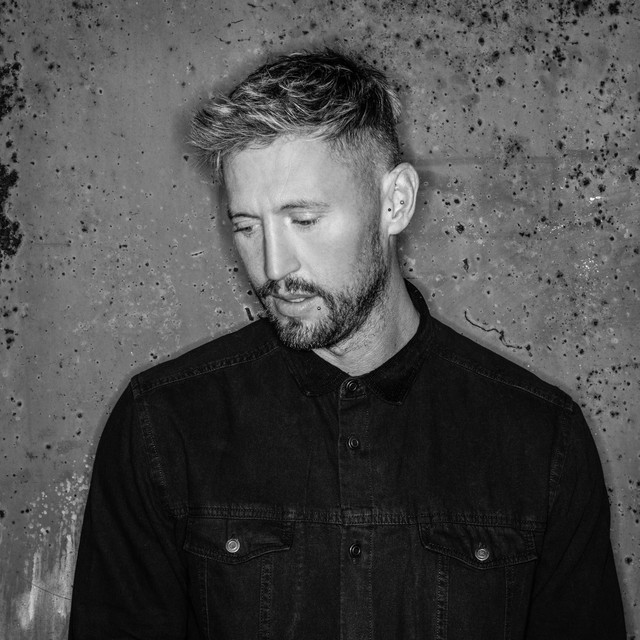 What did you listen to when you were six, Disney soundtracks? At an age when most kids are happy with whatever pop hit reigns the radio, CJ Costigan, aka DJ and producer Cristoph, was listening to and actually mixing underground house records.

As he got older, he learned more about the industry, and Costigan soon understood how much work was required to break through. Soon after some family-assisted DJ lessons, he learned to produce his own tracks, arduously teaching himself by emulating Eric Prydz and others he revered. It took time to find his own stamp.

“I looked into what was going on in the industry at the time, and it was this tech house sound,” Costigan remembers. “It wasn’t true to me, but I thought to myself that if I twist it a bit, [bring] a bit of a melodic side to it, I could eventually progress to where my heart was really at.”

Costigan’s production acumen was recognized early on. Some of his first demos were sent to the iconic Defected Records, who quickly signed them to their sub-label, DFTD. He became a regular for the label, breaking out in 2015 with the single “Slowly Burning” featuring Jem Cooke.

He utilized his success and popularity at live shows and parlayed his sound into a deeper, more progressive style. From an early age, Costigan was influenced by the likes of Sasha, Solomun, Eric Prydz and Hot Since 82. The transition was natural and part of his long-term plan for building himself as an artist.

“I couldn’t go straight from the techy side into the prog world,” he says. “It was a bit of a business decision to take the transition slowly.”

One day, before heading to the gym, he took a shot in the dark via Twitter. That shot was the key to flipping his sonic switch.

“I took a chance and Tweeted [an early track called ‘Guffaz’] at Hot Since 82,” he says. “At the time, social media didn’t decipher between followers and those who didn’t. He must’ve been on his phone at the time, because he saw my message and immediately, before I could get to the gym, [he] said he liked the track and wanted me to send him everything I had.”

After meeting in person, Hot Since 82’s team took over as Costigan’s management. They offered him shows and the opportunity to truly express himself as an artist.

“Once you get the support from your peers, it makes you believe that ‘I may actually have a shot at breaking through here,’” he says. “Back here in Newcastle, I would always DJ afterparties in the city center ... I would tell everyone that I was gonna meet Eric Prydz at some point. It was more of a ‘meet Eric Prydz’ than ‘play alongside him...’ Everyone around me joked about it, ‘of course you’re gonna meet Eric, it’s just not our world man.’”

Perhaps their paths were destined to cross, but the actual circumstances of that first meeting are extraordinary. Eric supported his track “Catsy” on Epic Radio, which gave him the confidence to believe he was heading in the right direction.

“I was meant to be playing in LA at the start of an American tour,” he says. “On the flight over, I found out that the gig got scrapped because two gangs got into a fight at the club.”

After a few days stuck waiting in L.A., Costigan played his last show in Chicago. His manager said there was a chance to open for Eric at one of the charity shows his idol was playing for James Lillo, a fan of Prydz’ who passed of cancer in 2016. He’d have to pay for his own flight and hotel, but nothing was going to stop him.

“Eric walked into the booth behind me while I was mixing, and my hands started shaking,” he says. “I knew the only way to connect with him was through music, so I played “Catsy” … I heard Eric turn to his tour manager Renny and say, frustratedly, that he was going to play that track during his set. Renny quickly turned back to Eric and told him who I was.”

After their first chance meeting in L.A., Costigan was invited to attend Eric’s EPIC 5 show in London. He hit it off with Renny and was invited to open for Eric on tour.

The first leg started in Miami and L.A. Eric gave Costigan a further vote of confidence.

“He invited me to come on board with Pryda,” he says. “I remember ringing my mom on the way to the airport the next day and started crying … You know when you believe in something, but something inside of you tells you it won’t happen? When it becomes a reality it’s hard to feel like it’s real or to comprehend what’s going on.”

This is the moment Costigan really considers the start of his career. He was now opening for Prydz on the biggest stages across the world, releasing music on his label, and learning from him on how to be a professional in an industry full of celebrity and fame.

There were always surprises for him as a fan during Prydz’ sets. Some of his fondest memories come from sharing the stage during the Tomorrowland Holosphere set, or during an intimate run at Output in Brooklyn when the Pryda team surprised everyone by bringing their laser rigs. Still, the HOLO shows at the Bronx Expo Center are the most epic memory of all.

“I remember being in the crowd when the giant hand comes out, and he was playing his ‘Personal Jesus’ private edit,” Costigan says. “It blew my mind. It was such a perfect show to be a part of. The Pryda team are their own harshest critics. They’re true perfectionists, but on the third night of the HOLO NYC run, there were no mistakes, no small errors. It was an honor to be a part of that one.”

Cristoph still finds influence from Prydz in many of his tracks.

“I spoke to Eric about [‘Rotundo’], and Eric said he sat in the studio for ages listening to it on loop.” Costigan says. “‘Mirage’ though is still my favorite … The fatness and fullness of it is perfect.”

In March of 2017, he wrote a first draft of a track called “Breathe.” He initially used a vocal sample and sent the draft to constant collaborator and master vocalist Jem Cooke. Cooke returned it almost immediately with fresh vocals, so Costigan sent it to house duo Camelphat.

“I was out late at a friend’s birthday party and my phone was ringing non stop,” Costigan remembers. “[Camelphat’s] Mike and Eric were calling me to talk about how much they loved the vocal.”

“Breathe” was released with Camelphat as the credit lead. That move helped Costigan’s career in a unique way, giving him a boost to create his own spotlight without the pressure to pump out vocal hits.

Costigan continues to build his brand and expand his music to different labels. Prydz is still a mentor and manager, but Costigan now feels able to create an identity all his own.

“When I did the essential mix last year, Pete Tong did not mention Eric Prydz at all,” he says. “Some people thought this meant we had parted ways, which is not the case. [Tong] just recognized me as my own act.”

Recently, he released with Anjunadeep and Adam Beyer’s label Truesoul. His future is bright and full of possibilities. Costigan says he’s sitting on 200 to 300 tracks that won’t ever be released. Instead, he plans to use them as secret treats in his live sets.

He’d like to start his own label and turn Cristoph into its own brand. He may not have holograms anytime soon, but we can expect the next Cristoph tour to have some fun and unique production. He’s most interested in pushing the boundaries of his sound, and of course he’d love to get in the studio with Prydz for a true side-by-side release.

For now, he’s excited about “The World you See,” his latest single out on Pryda Presents. Hopefully we can see Cristoph play it live sooner rather than later.