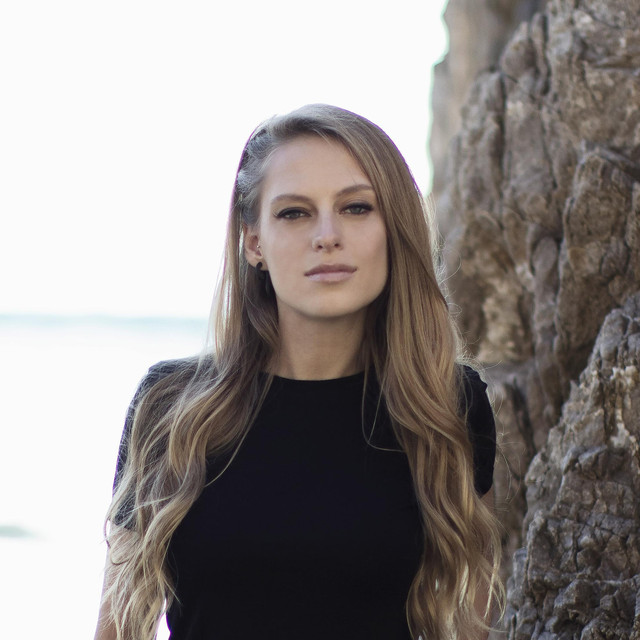 Since the release of her breakthrough track “Come With Me” in 2013, Daniela Di Lillo, widely known under her production alias Nora En Pure, has built a prestige as one of dance music’s leading artists. Scores of reputable achievements, from her 2016 BBC Essential Mix to her successive wins as Best Female Artist (House) at the IDMA Awards in 2019 and 2020, have crowned the South African-born producer the "Queen of Deep House" amongst fans and industry peers alike.

Whether heard at home or in the club, the music of Nora En Pure is captured in Daniela’s signature cinematic soundscapes. Her style blissfully transports listeners through scores of emotive and melodic venations, mapping out a dreamy dance floor in the depths of their imagination. Her newest single, ‘Wetlands,’ inherits this sound in an ancestral array of woodwinds and strings, inspired by her love of movie soundtracks.

“This track definitely takes you on a trip whilst still being uplifting, energetic and I think very unique,” Di Lillo says. “The main melody actually remains throughout the song, being played by instruments that would achieve most of this soundtrack feeling that carries you away to some Lord of the Rings scenes, or wherever your imagination takes you.”

“Wetlands” is the latest in a series of monthly releases out on Enormous Tunes, a collaborative Zurich-based label with whom Daniela has released since her debut 10 years ago. It is one of five EPs she’s put out during lockdown, but will certainly not be the last.

Quarantined like the rest of us at her home in Switzerland, Daniela has been able to focus on new production now more than ever, as her usually-busy touring schedule is on hold.

“We have a packed release schedule for the next six months, as many artists are a lot busier in the studios these days,” Di Lillo says. Her own upcoming plans also include merch projects, artworks, weekly episodes on her Purified Radio show, and a music video for “Wetlands,” now in the works.

“We recorded all scenes in different areas of Switzerland,” she says. “I did all of the editing and cutting myself, which I really also enjoyed, as I was able to learn something new. I love working with photos and video material, so that kept me quite happy and busy.”

She has, however, managed to fit one live show into her summer schedule, helping to relieve some of that performance fervor for both herself and her listeners. As fans rallied together at Prague’s Roxy Club in August, Nora En Pure led a deviant return to the dance floor for the first time since her March set at CRSSD in San Diego.

“It was actually fantastic,” she reminisces. “At the beginning, I felt a bit uncomfortable, because it was strange to see a crowd again after quite a while of such strong social distancing ... but the capacity was within the allowed limit and everyone just enjoyed being in a club again so much; with the lights, the music. Definitely a very euphoric atmosphere, and it was pretty emotional for me, too, to enter the stage and play again. Prague is anyway one of my favourite cities to play in, but this time I didn’t expect much, so I was even happier to find this energy and also to play so many tracks for the first time to a crowd was so rewarding.”

Her story goes much deeper than the high-octane glamour of roadshow life, crowning music stages and long hours in the studio. There’s prowess behind the scenes as well. Nora’s verve and passion for music is visible through her creative efforts to champion herself not just as a tastemaker of dance music, but as a cultural maven for the industry as a whole.

In 2017, she chartered her acclaimed Purified Radio series as an extension of her growing brand. The platform releases weekly mixes by both herself and guest artists, serving as a release hub for some of her favorite talent discoveries: the latest being ‘Flying Particles,’ a two-track EP by Belgian melodic techno producers, Paradoks.

Following years of sold-out Purified events around the globe and a nomination for Best Radio/Podcast at the 2019 IDMA Awards, Daniella announced the launch of her radio show turned record label, Purified Records, late last year. A huge feat for her Purified brand, the series then hit a milestone with its 200th episode. To celebrate, she partnered with Beatport on an extended two-and-a-half hour stream set from the beautiful mountains of Gstaad, Switzerland.

“The result is definitely something beautiful to look at,” she says. “These streams (especially at such locations) are immense work. I also really underestimated the strong and harsh winds up in those mountains. It was rough, but I liked how the raw nature fit so perfectly to my vision of music and Purified.”

Daniela broadcasted from her home studio back in April as well for Beatport’s inaugural ReConnect global music series, a 34-hour live stream marathon that raised some $180,000 in coronavirus relief funds. While many artists have taken to regular stream programs during lockdown, don’t expect her to make a full transition into the virtual realm — her true drive lies elsewhere.

“I think people are already a bit over these virtual sets and festivals,” Di Lillo says. “It just can’t replace the real interaction, energy and feelings you get in a club or at a festival. I’m just craving the real events at this point.”

What we can expect is more original music, weekly episodes and mixes on Purified Radio, a livestream appearance for Saudi Arabia’s MDLBeast Festival virtual resurgence, and hopefully a return back to the U.S. sometime in the near future.