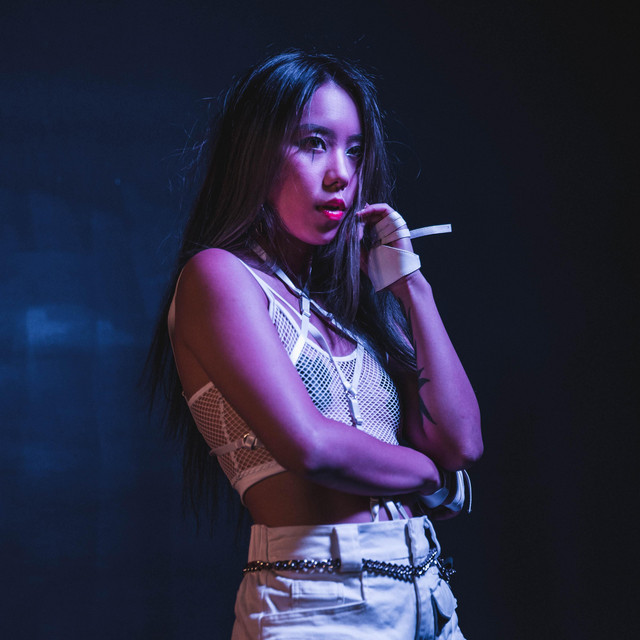 Melody, fantasy and neon synthesizers swirl in the air whenever JVNA comes around. The Los Angeles-based producer, DJ and singer packs her work with color and emotion. As a long-time Twitch streamer, her personality draws fans in as much as her music, and she was ready for the virtual explosion of the COVID-19 pandemic. Turning tragedy into triumph, 2020 has been a huge year for JVNA, landing spots on major music festivals and earning even more fans as the electronic music industry moves into her online territory, but she was hard at work way before shutdown.

Born and raised in California, she enrolled in music classes to study piano, violin and cello as young as five years old. The piano stuck, and as she grew up, she learned to play jazz, pop and everything in between. She started writing and producing original tunes in highschool and furthered her studies at the San Francisco Conservatory of Music. By 2016, she was Twitch streaming DJ sets and game play, as well as dropping edits, remixes and originals on Soundcloud.

“A lot of people are hesitant to stream or try different things because they are afraid it is not the “right look,’” she is quoted back in an interview with c-heads earlier this year. “But at the end of the day – if it feels natural to you that is going to be the “right look” unless your entire brand hasn’t been the real you the entire time.

Video games play a major role in her sound, as does her love of anime. Early in her career, JVNA cut her teeth on video game remixes. An original mash-up of Kingdom Heart’s “Dearly Beloved” with her vocal cover of The Neighborhood’s “Sweater Weather” released in 2018 became a huge fan favorite, setting her style as a mix of whimsical melodies and heavy beats. “I’m With You” followed, a fully-original emotional banger that melts euphoric builds with melancholic chords, raindrop textures, fuzzy drops and half-time rhythms.

Her biggest hit to date is “Crazy.” Released in 2015 alongside DJ duo Beauz, the sing-along dance-pop collab takes influence from R&B and Porter Robinson-style EDM. Earning more than 5 million streams on Spotify, it perfectly showcases her dynamic talent. She followed that success with 2020’s hit single “Gurenge,” a Japanese-language future bass cover of a song from the anime Demon Slayer.

JVNA wears her interests on her sleeve, something her fans find relatable and just plain fun. That’s really at the heart of all JVNA wants to do.

“For the JVNA project, I don’t have a set plan of how I want it to lay out, since it’s not fun if I am formulating a plan for my life,” she’s quoted. “I think with an artistic career I plan on just doing whatever feels authentic to me, but I hope to explore all avenues of music beyond being my own artist.”

This year saw JVNA’s talents tapped for a broad spectrum of digital festivals. She just wrapped a set for SiriusXM’s EMPOWERED Virtual Festival (read more about it in our Veteran Tales sit-down with SirusXM legend Geronimo) and she’s been booked to hit the irl stage in 2021 for both Electric Zoo in New York City and Sunset Music Festival in Tampa, Fla.

Her latest release “At Least It Was Fun” plays with richer R&B vibes over piano and a downtempo bedroom beat. There is surely a lot more exploration from JVNA to come, and you’re all invited to the front row.