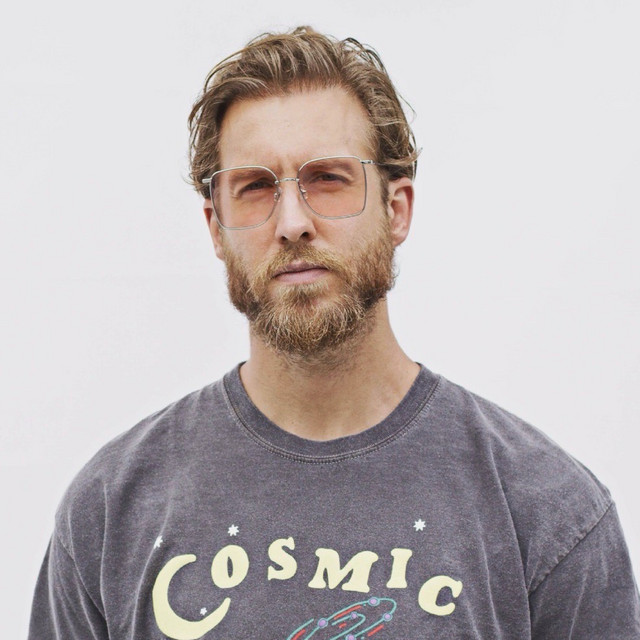 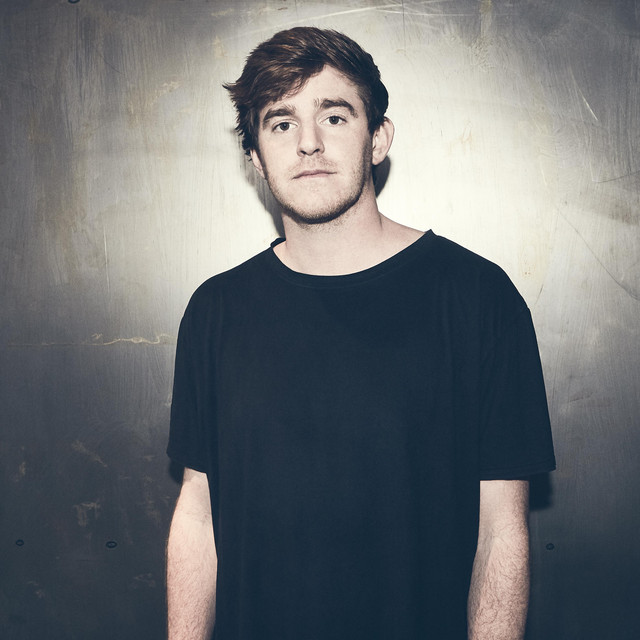 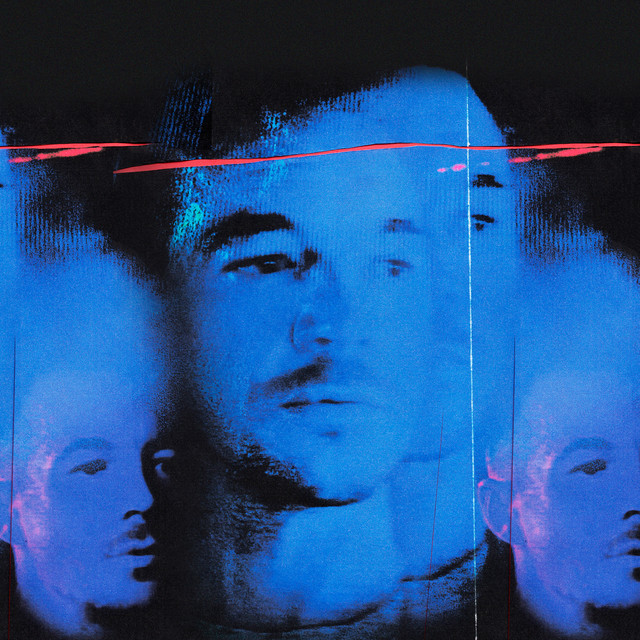 As we end one of the strangest years in history, it’s important to reflect on the things and people that inspired us, brought a smile to our faces and allowed us all to find a moment of joy in what was - to put it simply - a bleak year.

The electronic music community worked hard to stay together and fight for happiness in 2020. DJs all over the world continued to release amazing music and provided fans with a non-stop barrage of live streams that allowed us to dance and experience some sort of normalcy within the confines of our homes.

Many artists justifiably took a step back this year, using time off from touring to enjoy family and friends. Most artists stayed in their lanes, continuing to produce amazing music and hatching future plans. A handful of big-name artists unleashed projects the world had never seen, using all the free time to explore new sounds, break barriers, and discover new paths.

All three of these artists worked hard to stand out this year in unique and refreshing ways. They weren’t the only ones who did, but they accomplished the difficult task in an impactful way that made their original fan bases stronger and attracted thousands of new listeners.

To call Calvin Harris a household name would be a disservice. The producer born Adam Wiles burst onto the scene in 2007 with the disco-driven track "Acceptable in the 80’s". In 2009, he took a massive next step, focusing on pop-crossover hits such as "I’m Not Alone" and "Flashback". Harris cemented himself as not only one of the biggest DJs in the world but one of the biggest musical acts, period. His discography is endless with billions of plays on Spotify, and his rare live performances are high in demand. From a massive residency in Las Vegas, to being the first DJ to headline Coachella, Harris is as mainstream as dance music gets - but that doesn’t mean he’s overplayed.

Following his 2017 pop-funk album Funk Wav Bounces, new releases were seldom found and live performances were limited. Then, in September 2019, Harris posted a new Instagram account called Love Regenerator. The electronic world held its collective breath until January when a super funky synth clip appeared. Days later, we were blessed with a two-track EP from the new alias.

"Hypnagogic (I Can’t Wait)" and "CP-1" show Harris at the top of his game. He flawlessly combines sounds from the UK 90’s rave scene (taking clear inspiration from Groove Armada) with fresh synth work, hard kicks, acid techno, and catchy vocals. If "Hypnagogic" is like a pop crossover, and "CP-1" is his underground anthem, and both tracks flawlessly defy genres, floating through the realm of old and new, heavy and light, underground and pop.

Less than a month later, a second two-track EP dropped. Aptly named Love Regenerator 2, the EP followed the same formula yet remained fresh and intriguing. Upon first listening, the tracks distinctly have a "Love Regenerator" sound. In no way do they feel redundant, but they’re clearly from Harris.

A third EP dropped in March, just as the world shut down due to COVID-19. Arguably his strongest EP of the bunch, Love Regenerator 3 delves deeper into acid techno-tinged sounds. Soon after, Harris tapped his peer Eli Brown to collaborate on the Moving EP, quickly followed up with his smash hit single "Live Without Your Love".

In 2020, Harris used his Love Regenerator platform to perform multiple live sets for the ever-innovative Defected Records. Fans of Harris finally got a taste of the music he is passionate about, and the music that brings him joy. Harris brought the house down with his streams, flawlessly transitioning between soulful house, old-time classics, and new Love Regenerator tunes. His passion for house music is clearly alive, and his skills as a performer are as sharp as ever. As a lifelong fan, I hope he continues on this path and brings the Love Regenerator project on tour.

NGHTMRE is a tastemaker and headline DJ with a rabid fan base amongst the bass community, but he also straddles pop with multiple crossover hits. In 2015, Skrillex debuted the track “Streets” during his mainstage closing set at Ultra Music Festival. The song became the most sought after ID from the festival, swimming in mystique until it was released months later on Mad Decent. NGHTMRE took the next 18 months by storm, ripping through the American festival circuit and closing 2016 with the massive Slander collaboration “Gud Vibrations.” The track showcased his ability to step out of the bass world and announced the label and brand the pair still fronts today.

In 2020, NGHTMRE’s releases were as diverse and strong as ever. He started with Slander on another future bass pop-crossover. Immediately after, he tapped black a.m. to create a big room, G-house remix of his “Cash Cow” collab with rapper Gunna. His track “Wrist” with Torey Lanez received rave reviews, and he was soon tapped to create a headbanging remix of Trippie Redd’s “No Service in the Hills.”

NGHTMRE dropped two collaborations with EDM megastars Galantis and Zhu. His ability to traverse pop hits, trap-laden rap, and the sultry vocals of a Zhu track show his growth as a producer. He also stayed true to his roots on the grimy Subtronics and Boogie-T collaboration “Nuclear Bass Face.”

He put on two of the biggest livestreams of the year, recreating his tour production for an exclusive virtual set for fans. He took top billing in the Brownies & Lemonade online festival, going BTB with Zhu. This was truly the year when NGHTMRE stepped out of the bass scene’s formidable shadow and cemented himself as a true crossover star.

Diplo seems to love every kind of music ever made, and if someone tells him can’t produce a certain style, he’ll prove them wrong. This year, Diplo collaborated with the Jonas Brothers, Zac Brown, Nikki Minaj, Khalid, Wax Motif, and Sonny Fodera, to name a few. Having closed 2019 with “On My Mind,” 2020 was poised to be the year he took over house music - and he did, without sacrificing his slice of any genre.

Diplo’s house label, Higher Ground, was home to some of the biggest tracks of the year, from “Love to the World,” to the “On My Mind” remix package, and “Turn Back Time.” He used the label to highlight new artists like Kuu and released tunes by Damien Lazarus and other legends. He released an entire ambient album, which is just now receiving remixes from Kolsch and others. Higher Ground also hosted many genre-bending streams, as Diplo played with rising melodic stars Anden, scratch superstar A-Trak, and the mystifyingly talented Channel Tres.

Diplo combined stargazing and house music with a very special charity stream that further highlighted his ambient project. He streamed constantly with his moombahton buddy Dillon Francis, making waves by playing directly on TikTok. He produced an entire country album, for which the lead single gathered almost 200 million Spotify streams.

He found time to put out another Major Lazer album, and he’s celebrating the New Year in proper fashion with a multi-day event on Sirius XM in which he’ll host dozens of DJs and play more than 10 sets himself.

Good luck in 2021. I sincerely hope more of our favorite artists dare to experiment and put themselves out there.

How the RAVE Act Made Events More Hazardous

Is the Term EDM Necessary?

Why Sustainable Festivals are the Future

Promoters Should Use Post-Covid Capacity To Reimagine The Fan Experience

VR is the Future