To The Moon! How NFTs Have Space Yacht Soaring 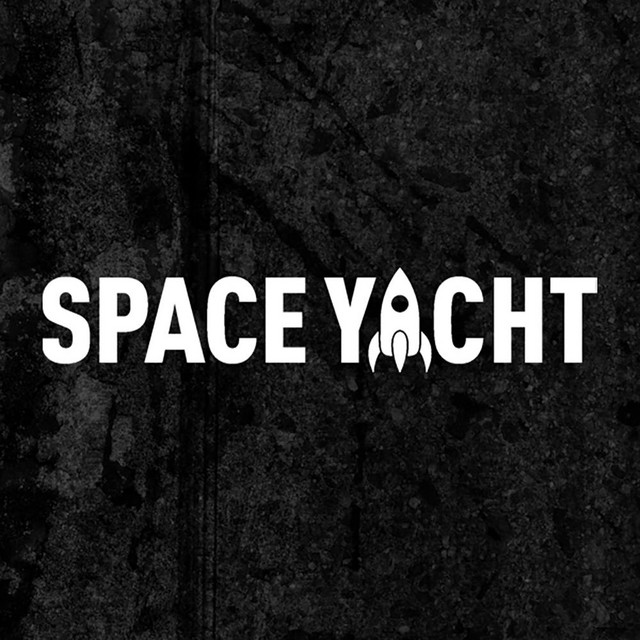 Followers may be surprised to know that Perlman actually studied visual art in college during the aughts.

For Perlman and his business partner Henry Lu, 2020 was a year of evolution. In addition to launching a genreless label and managing a highly-active Twitch channel, Space Yacht became one of the first collectives to dive into the fast-moving (and somewhat polarizing) world of NFTs. The move has given Perlman the perfect opportunity to reconnect with his love for painting and graphic design.

“This mass adoption that's starting right now is amazing to see,” Perlman says. “Even compared to just three weeks ago, the NFT community was very different than it is now.”

You’ve likely encountered a considerable dose of cynicism from NFT haters, too.

“People want to talk shit on the NFT movement and say, ‘why do you want that?’” Perlman says. “Why did collectors want to buy the paintings that they bought? Art is a part of our culture, and this is just a new medium in which to express that art.”

Though you can’t display a digital art piece on your wall as you might a painting, Perlman says the desire to “touch” your purchased art is “an old way of thinking.”

What exactly is an NFT? It stands for “nonfungible token,” and it is an authentication token that works in tandem with the Ethereum blockchain. Each token is unique, and therefore can be used to verify a piece’s legitimacy and assign ownership of art. An NFT can be an animation, an audio snippet, a meme, a video clip or any combination of the list.

As virtual reality becomes more advanced, NFTs may also be used to create and distribute official merch and branded items, such as t-shirts that can be worn inside virtual and augmented reality “events.”

“It’s not that far off,” Perlman insists. “There’s tons of possibilities here.”

For companies like Space Yacht, who typically rely on in-person events and tours for income, this new artform also serves as a much-needed lifeline to support operations until it’s safe for clubs to reopen and travel to resume.

For years, Perlman and Lu have worked closely with a team of animators to produce imagery for their parties. Their signature rockets, twerking skeletons, crypto-smiley faces and floating pizza slices have become synonymous with their high-energy shows. Now, they live in infamy through their in-demand NFT line.

For longtime fans, the visuals offer an infusion of much-needed nostalgia - a reminder of the “before times” when it was safe to party among hundreds of strangers in dark rooms on an otherwise idle Tuesday night, catching sets by VNSSA or San Holo, well before they became household names. For Space Yacht, the NFTs are a vehicle to tell the brand’s story -- no nightclub required.

“Iconography Collection Volume II” dropped via Nifty Gateway Monday, March 8. The piece featured a collection of six colorful, one-minute animations with original music produced by Perlman. Each four-on-the-floor heater is unique to the line and otherwise unreleased, which bolsters the intrinsic value of the NFTs. Prices ranged from $100 to a 1/1 auction item that sold for a whopping $12,600.

As is the case with the stock and cryptocurrency markets, the value of NFTs is highly speculative and driven by investors. This line was part of an open edition release, meaning pieces could be purchased an unlimited number of times within a specified time frame. After the window closes, those items are no longer for sale, and therefore those that were purchased at a lesser rate are considered more rare than those that were purchased at a higher frequency. These points can influence the future price of said NFTs.

“There’s a narrative right now that artists are getting their power back,” Perlman says with excitement in his voice. “In my opinion, in modern times, outside of maybe pottery or whatever, there has always been an element of the artists being tied to somebody of wealth who was commissioning them. I would maintain for the first time, you have artists taking the power.”

Not everyone agrees. The counter narrative says the industry is too focused on manufacturing scarcity, and that NFTs represent a trend-driven cash grab rather than a legitimate movement.

“It seems crazy to do that for something purely digital that can be easily copied and shared across the internet,” said Erin Griffith, a NYTimes tech reporter, commenting on how the artist Beeple recently sold a JPG for $69.3 million via Christie’s auction. “But the popularity of NFTs shows that people are willing to pay for special, scarce collector’s items.”

Respected house producer Lane 8 publicly rejected the medium, and he’s not alone. Some artists feel it panders to a small consortium of well-off fans. Two of the pieces in Gramatik’s new Purple Queens Collection sold for $25,000, while the more “affordable” options went for $2,500 each.

Some outspoken tweets even led to quasi-beef with Dillon Francis, who created novelty tokens featuring Lane 8’s name and music without his explicit permission as a playful jab. The tokens have since been burned, and Francis attempted to connect with the This Never Happened label boss about opportunities he may be selling short.

Still, many artists are seizing the moment and jumping in fast. Perlman insists this is not a race, and that to be successful, NFTs must be produced thoughtfully. Minting alone is an expensive process, which can cost thousands of dollars per NFT.

“One thing that’s important for any musicians or artists that are listening or reading this to know is, just because you make an NFT doesn't mean someone's gonna buy it, and especially if you're just seeing dollar signs,” he says. “People have to give a shit. That can be because the art is great and the art speaks for itself, and that's one thing, but if you're a musician and you're just trying to get into it and you put some shitty animations together and just hope people buy it, it might not work out.”

That’s one reason Perlman hopes he and the Space Yacht crew can serve as resources for artists compelled to explore this emerging market.

“We're actually working on a set of tools to enable artists and record labels to release directly to fans, so you don't need to use one of the existing platforms,” he says. “I think that there's going to be room for all of us.”

He points to Nifty Gateway and Super Rare as curatorial voices in the space, but notes that the platforms pose limitations for those just starting out.

“They can only service so many people because there's a gatekeeper aspect,” Perlman explains. “Just like Capital Records is only signing so many musicians that year, those platforms can only sign so many [NFT creators] to the platform.”

Perlman describes his new endeavor as “just like a Shopify for NFTs,” which gives artists a toolkit and dashboard to manage the drops and sales on their own. Because so many influencers and artists already drive massive traffic to their own sites, it makes sense to create a more direct-to-consumer plan.

We’re still in the early days of NFTs, and while Perlman is confident there is massive upside potential, he’s quick to admit there are a lot of unknowns.

“Like any new market, there will be ups and downs, there will be bubbles that burst, and I don't think anyone can just tell you ‘oh well, you know NFTs will forever be valuable, and this is the ticket for everybody’ -- it's not,” he says candidly. “But when you have the Mark Cuban's of the world coming out to say ‘hey, the young guys are actually right, and here's why…’ that is important because that shows the tide is turning.”

It’s likely other developments will shift the way collectors perceive value. For example, 3LAU’s aforementioned drop included a small selection of sculptures that depicted the waveform of the song in the accompanying NFT.

“I bought that piece because I like that there's a physical element, and a digital,” Perlman says of one of his newest collection items. “So I don't think that there's any right or wrong way for how people are using them, trading them, collecting them -- it's like we're all figuring it out.”

For now, the trend gives hope to an industry otherwise pummeled by the pandemic.

“NFTs saved Space Yacht, no doubt,” Perlman says. In the unlikely case the madness fizzles out and we’re left with wallets full of overvalued digital junk, at least he finally used that art degree.