Raves in the Time of Corona: Club Space Reopens in Miami with Maceo Plex 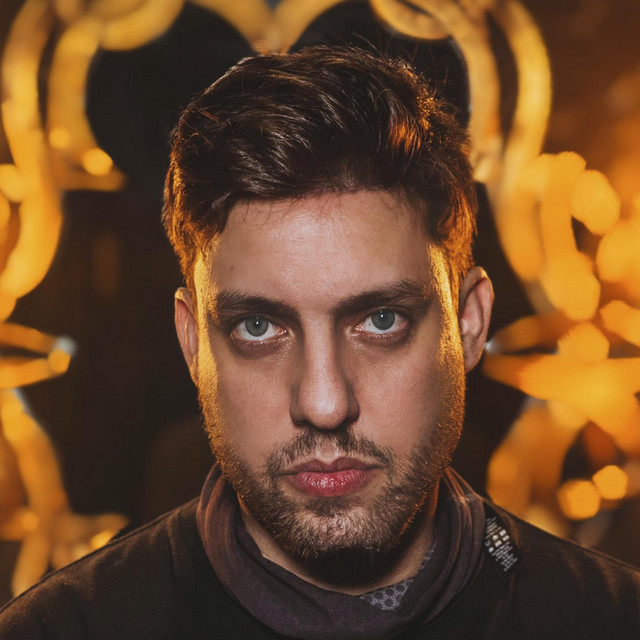 Between news oddities, elections, weather and the occasional face eating, Florida’s reputation has a global audience.

Since spring 2020, many have questioned Governor Ron DeSantis’ lackadaisical approach in halting the spread of Covid-19. While the rest of the world and US went into an aggressive lockdown, implemented mask rules, offered free COVID testing, launched track and trace programs, and placed restrictions on certain businesses, Florida’s gubernatorial powers did nothing at all, leaving county mayors in charge of making their own safety measures that added confusion throughout the phallic-shaped region.

Now, as one of the last to enter quarantine and one of the first to lift it, the Sunshine state exceeds New York in positive Coronavirus cases. Despite that growing number, Florida is officially open for business.

No other metropolitan is more excited than Miami-Dade County to start partying again. It makes sense that the city’s long-running stalwart, Club Space, would be the first large-scale venue to reopen and try to rebuild some semblance of night life.

The Martinez Brothers kicked off the reopening October 10th and 11th. Last week, Maceo Plex spun on both October 17-18th. I was there.

A dense swarm of vultures circling the overcast sky just south of a trash dump site is very hard to miss once crossing the state line into Florida I-95. This is clearly a sign from mother nature, I thought to myself. It’s been months since I’ve left the house for something other than groceries and more white claws. I’ve been afraid to hug people, have close to 20 white KN95 masks in my purse, and I have three different types of sanitizer in my car. Wait, why did I agree to cover this event again?

In south Florida, everyone is itching to return to business as usual. In Miami’s Brickell neighborhood, Saturday brunch at Barsecco means all you can drink mimosas; masked barbacks float from table to table filling plastic flutes while a masked DJ spins soulful house jams to distanced tables eating overpriced small plates. Hotels on South Beach setup CDJs and monitors by the pool, and I can hear the sounds of unidentified house music faintly walking along Collins Ave.

In many aspects, it feels like you’re wandering around during Miami Music Week with other scantily clad humans enjoying the sweltering heat. How easy it is to forget this is one of the hardest hit states for COVID.

As I approach the NE 11th block where clubs Space, Floyd, and E11even are situated, it all comes running back.

Once a pedestrian clusterfuck, as I exit my Uber, the street in front of Space looks deserted. The velvet ropes that once blocked long lines of people have been rearranged to partition three large squares which allow groups to arrive together and still keep an appropriate distance from other attendees.

Here, security takes your temperature and asks if you’ve felt ill the last few days before letting you past the ropes. Next, your group is given wristbands with a code written on the side to denote which zone your table is in. Only after your party has passed the temperature checks, added their wristbands, and received a quick pat-down or purse-check can you go inside. Each group is escorted one at a time.

“Do you want a black mask to match your outfit?” The annoyingly-cute hostess gestured to my white mask after I gave my name for the press list. Fuckin’ Miami. Of course all the hot people match their masks to outfits. I put my hand beneath the automatic sanitizer dispenser beside us before grabbing a black mask from the box on the counter behind her.

"Welcome back to Space!" shouts the legendary Alan T into his megaphone from a bench. Fabulously dressed in mismatched collections of patterns, colors, textures, accessories and fabrics; even if you didn’t hear him shout, his outfit is hard to miss. He followed his greeting with reminders of all the guidelines Space required of attendees: leave your mask on until you arrive at your zone. If you want to leave to go to the bathroom or exit, put your mask back on.

The dance floor is dead, for all intents and purposes. Space looks more like a dayclub than a nightclub. Servers come around with drinks in lieu of patrons ordering at the bar. Shrubberies fill the voids created by distanced tables.

“We are trying our best to do something that feels natural,” Coloma Kaboomsky, partner at Space, explained to Miami New Times. "We are adding a ton of different plants of all sorts to the terrace  — it will feel like 'Jurassic Terrace.'"

Socially-distanced tables were added to the dance floor, but with packages starting at $1,500 for a table of four, increasing based on the number of people in your party plus your proximity to the DJ booth, the price of partying in your own space at Space has both ethical and fiduciary ramifications.

“You could tell the real heads weren't there,” said masked patron Jamie Simmons after Maceo Plex closed on Saturday. “It's nice to hear dance music on a big system again but, y’know, the whole table service thing….you can just tell there’s nothing but money up in there.”

Money is dripping from these Jurassic walls, and the patrons aren’t the only ones who noticed. It wasn’t too long into his set on Saturday until Maceo Plex, known to his postmaster as Eric Estornel, realized just how difficult DJing to a room of tables could be.

“Not having people dancing right in front of me it's like...Aghhh!!?@#$ I don't know what to do!” he lamented with his charismatic snark. ”The people who paid for the front table hadn't even got there when I started my set. So there was a lot of space in between the booth and other tables. Some people aren’t there to dance. They’re there to flex.”

To be fair, under governor DeSantis’ ruling, Space could technically opt for a larger capacity and start selling single tickets to fill their floors. Some of the door staff are under the impression that could happen as soon as November.

But according to Jerrod Christopher, Maceo Plex’s manager, that’s impossible and would never happen under co-owner David Sinopoli’s watch, given his apprehension to open the club in the first place.

“Honestly, I really didn’t think we should do it at first,” Christopher explained through his branded Ellum mask. Recent Florida news and videos of unmasked partys irked him. ”I asked David if we could limit the number of people in the booth and enforce wearing masks in there too, and he agreed.”

Quarantining since March has been quite the change for what is normally a constantly-touring Maceo Plex. Estornel jokes about his mental health through lockdown, but his manager wasn’t about to jeopardize either of their safety just to play a gig.

“People have been hitting us up to play plague raves since the start of quarantine,” Christopher shared. “It was maybe three months into quarantine before we got a booking request that we felt comfortable taking.”

Space isn’t the only large venue trying to cash-in on loose restrictions. Treehouse attempted to host a party with Stacey Pullen on Friday, but the city shut it down less than three hours into its start. Do Not Sit On The Furniture also hosted events all weekend.

When Space announced they would reopen this month, “restaurant-style” was how they described the reimagined space. Outside of servers bringing drinks, the term “restaurant-style” is a bit misleading. There isn’t a menu, and you definitely shouldn’t arrive next weekend expecting a three course meal.

Instead, there is the Space Odyssey cart, located on the club’s lower level which has a la carte snacks for everyone. Take your pick from items like vegan brownies, chia pudding, fruits, Italian ices, Space lollipops, and CBD gummies. If you find your way into Space, try one of the empanadas  - they’re a great treat.

Food on the dance floor is another new feature, and though many things about reopened Space are different, a lot of things remain the same. There's still a nitrous cannon that covers every corner of the venue in billows of cold, white clouds after a huge build up and drop. There's still technical difficulties. There's still people acting a damn drunken fool and getting kicked out of the DJ booth.

Club, rave, and nightlife fashion is still making a statement - only now, graphic prints reflect various headlines from the news cycles of last year. One patron stood in front of his table dancing to Jupiter Jazz’s “Shake it Mama” while wearing a blood-spattered “Epstein Didn't Kill Himself” tee paired with a steampunk gas mask. Move over Mad Max, our new dance music post-apocalyptic reality is now.

“People want to party!” says Estornel after his set Saturday. He played 7 p.m. to11:30 p.m. that night, and on Sunday, played from 10 a.m. to 11 p.m. with little breaks in between. “I’m in the service industry, so I’m always gonna say I want things to open up with strict rules in the beginning and loosen up as it gets better.”

There’s no way of knowing when things will get better, though. Is this all about keeping people safe, or is there a socio-economic responsibility that venues and organizers must consider as we rebuild what’s left of the live music industry?

“It’s completely ballsed up,” says Josh Doherty of Posthuman. His DJ career and London-based party series I Love Acid has been on a permanent hiatus for months now, but he doesn’t share Estornel’s optimism. “America did the same thing as we did in the UK - they went for short-term fixes which will cause long term damage. Countries like New Zealand and Vietnam have completely eradicated Covid, but only because they went into lockdown hard and went in early. That’s the only reason they’re able to open up now.”

Lowered capacity means higher ticket prices, and it remains that only the privileged can and will be able to enjoy events of this socially-distanced nature. I was the only black person in the building who didn’t work there, but even then, I was still technically “working” there. Trust, the irony of a group of privileged non-black partiers who are dancing to music invented by black people during a global pandemic that has disproportionately affected black essential workers, is not lost on me.

While Space Miami enjoys new freedom, other global club institutions haven’t been as lucky.  Los Angeles’ Catch One and Berlin’s Griessmuhle closed earlier this year and 25 more clubs in the German techno mecca are in danger. Recently, London’s Printworks just learned they wouldn't receive any funding, putting them in limbo, too.

No signs point to Covid magically disappearing any time soon, so it’d be naive to think more venues wouldn’t close. When it comes to reopening the dance floor, can the music industry tow the line between fun and safety?

Frankly, were there a line to cross, it probably would’ve been snorted by now. Especially since lockdown restrictions are changing globally by the hour.

Estornel believes the night life we used to enjoy can still be salvaged and is hopeful that Space will operate with full capacity and minimal tables a year from now.

“Hopefully when they come back 100 percent, there’ll be more of a vibe so I can play whatever I want.”