Exclusive: Gareth Emery on His New LSR/CITY Project and Looking Beyond the NFT Gold Rush 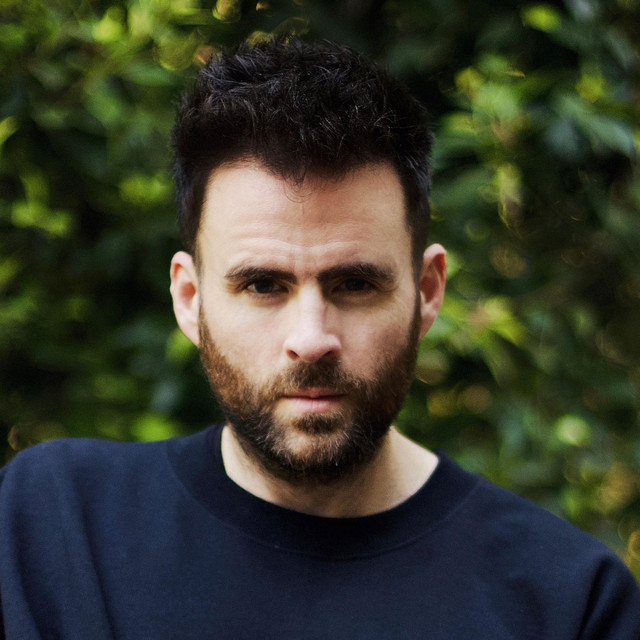 NFTs (non-fungible tokens) and dance music have become so interlinked so fast that you’re now as likely to see a news item about a DJ or producer’s freshly minted limited-edition digital art work as you are about a new mix or track. But Gareth Emery is hardly jumping on a bandwagon. He began dabbling in blockchain technology back in 2013, as a hobbyist, and in 2017 he co-founded Choon, a short-lived attempt to use blockchain to create a more equitable music-streaming service.

When COVID-19 scuttled Emery’s 2020 touring plans—he typically goes out with up to sixty lasers at a time all in sync—he began focusing on his new NFT collection, LSR/CITY (pronounced “laser city”), featuring five brand-new NFTs and five new songs, each with its own specific, laser-generated virtual environment, including pieces inspired by the cities of London, Tokyo, and Los Angeles (each limited to fifteen pieces apiece, with staggered pricing: Tokyo costs $1, with London at $4,999), plus one titled Genesis (open to all, at $499).

According to the PR, “The collections’ flagship piece, the one-of-one LSR/CITY: THE METAVERSE includes a physical laser sculpture of the cube itself, hand-engineered in chrome, which projects the NFT’s show using a real laser in the home of the auction’s winner. . . . The auction winner will also get to attend a future Gareth Emery show to watch their own NFT being performed by an array of lasers to a crowd of thousands. The only decision the winner will have to make is whether to enjoy the show from a dedicated VIP viewing platform, or in the booth with Emery himself.”

Emergy spoke exclusively to Festival Insider about the project, which launches on Thursday, April 15.

FESTIVAL ADVISOR: What is the difference between LSR/CITY and Choon? Is it the same idea under a new name or do they have very different aims and means?

GARETH EMERY: No, they’re very different. Choon was a streaming platform built on the blockchain. I was CEO of that company between 2017 and 2019. We did have some NFT credentials: My partners in Choon were the creators of Cryptopunks, which was an original NFT project. I think Choon was about three years too early, to be honest. A lot of the stuff that we pioneered back then is finally starting to happen now. I realized with Choon that running a company was fun for a few years, but my real passion is being an artist.

How long has LSR/CITY been in the works? Do you see it moving beyond its current focus, or spinning off other businesses that do?

I could definitely see it spinning off. The project has taken nineteen months, start to finish, working pretty intensely, not really doing anything else, mainly because it’s this division between music, actual lasers, and 3D digital design. First, I composed the music, then we recorded a laser show for each piece of music. And then after filming those shows, we displayed them within the 3D environment. Each piece of art had to go through three steps—that made it a long process.

From what I gather a lot of artists’ NFTs are static; yours are animated. Is that something that you foresee much more of in the future, and not just from yourself?

Yeah—a lot of animation, and it’s also very heavily synched to the music. I think for music, it’s going to need that visual aspect in future. One thing that we see with the current generation of kids is that they don’t just listen to music, the way my generation just listens to music. It’s got to be multisensory. That’s what you get when you spent a lot of time on social media platforms. I think anybody making music, whether it’s NFT or not, are rethinking about doing the visual aspects, because I think people are really starting toward that.

My nieces are super into BTS. That’s a show where the whole thing is a complete immersive environment, much the way EDM is.

BTS is a great example because they have an amazing live show. I think for the people of that generation, if you say, “Listen to this song,” and you turn on a song and they’re just listening, there’s nothing to see, I think for them there is something missing. I don’t think that’s necessarily a bad thing. I think when music and some visual aspect—be it a live performance or a great music video—are married together, it makes the experience vastly superior. The sum of the two parts is greater than the individual. But it does mean a lot more challenges for us in terms of creating content. You can’t just make a song anymore and expect it to reach the audience the way it once did.

You’ve said that NFTs are “helping artists regain control” of their work. You mean financially as much as anything, is that correct?

What I really mean is, [NFTs are] helping artists regain control of the economics of their work. This is one thing I spoke about a lot at Choon: The way we distribute music by Spotify and Apple Music is not a free market.

I am a fan of Spotify; Spotify brought us out after the years of Napster; it gave the music industry some hope, so it’s not that I’m not a fan of the platform. But we have a market where every single song is valued the same: $0.004 per song. You need to get about a million streams to make $1,000 for your record label. All of the people consuming it pay $8 to $10 a month. So essentially, everybody is forced into the same economic model, whether they want to be in it or not. In reality, for some artists, that model may work. But then there’s others, with smaller fan base, who are actually willing to pay a lot more; there’s others that may want to sell some one-off digital collectibles. I think the great thing about NFT is that it’s really opening those other avenues. I think in ten years’ time, it won’t be a case of all artists essentially using the same economic model.

There is clearly an NFT gold rush going on right now. How can you make LSR/CITY into a lasting venture beyond that gold rush?

Anything I do really in art, I always want to be thinking about it like that, and that’s also why I spent months doing LSR/CITY. I’ve been aware of NFTs since 2013. It took me four years to make LSR/CITY. I’m fairly late in the gold rush because I wanted to make something that has future potential, and something I could be proud of. Like, it would have been really, really easy to make “Crypto-Lasers” or something, you know? Just rip off existing projects [and add] a dance-music flavor. I didn’t want to do that, for that exact reason. I want to look at every one of these projects and say, “I’m really proud of these art pieces. I’ll be proud them in ten years.” And I’m keen to see what other protections we can kind of do with it.

I do agree, though. A lot of musicians have rushed into this space, sometimes in a haphazard way, with the aim of cashing in on the gold rush. And I know how hard the last year has been for most people in these things, so I’m not going to castigate people for that. But I would say, for people that are buying these things, I would certainly look at the history of those people who are selling them. Have they been in the crypto and blockchain space before? Was this their first entry? Because you can generally assume that if somebody was there before, they’ll probably be there again. And I think the work that will hold up well over time is where the creator remains in the crypto space, as opposed to diving in, selling their NFT, and then jumping out again, when there’s money in in festivals and concerts again.

You got into the crypto biz eight years ago now, well before a lot of music people got into it. Was there always a music component to crypto for you?

Not really. When I first got into it in 2013, initially as a hobbyist, it wasn’t my job or business. Mainly, I just loved the potential of being able to transfer money without a central intermediary. I’ve just bought a house in Los Angeles at the time. The process of getting a mortgage has been just so long: months and months of signing hundreds of pages and having hour-long phone calls with underwriters. I was thinking there must be a better way of handling money than this fairly antiquated system. So when I discovered Bitcoin, which its early days was this ultra-free-market form of money that didn’t rely on living institutions, it just appealed to me. The music came later; the music came in 2017, when we saw the potential to rebuild a streaming platform on blockchain with Choon. Choon didn’t ultimately work out. I think Choon in 2021 would have been a really good proposition. But timing is everything.

One persistent criticism of blockchain technology is its sizable carbon footprint. Is that changing? Is there a way to make NFTs utilizing less energy?

Yeah, and the solutions are already in place. I see the articles as well, and I think it’s absolutely a valid criticism and one that needs to be addressed. But I do think people tend to get pretty upset sometimes about articles which, when you look into the actual facts about power consumption, and you see the article fact-check, it’s not usually as bad as you think. But it’s definitely a problem with its environmental effects.

Part of the issue is the fact that Etherium, which is where the NFT’s are minted, for the most part, runs on a blockchain called Proof of Work, which requires massive computational power in order to really do anything. Now, there is a plan in the next year or two to transition Etherium to Proof of Stake. When that happens, that works in a completely different way. And you don’t have that issue in terms of generating carbon footprint. When Etherium switches to Proof of Stake, it’s almost the equivalent of all the gas-powered cars in the world being changed to electric overnight.

Now, if Etherium, for whatever reason, doesn’t get this thing deployed in a timely manner, because they are somewhat slow, there’s other chains, which have also been built on Proof of Stake, and from a newer and more experimental [angle]. But there’s numerous ways of doing NFT’s without the carbon preference. It just happens that the market leader, which is Etherium, does. But I would imagine within two to three years, we’re going to have that problem solved in a meaningful way.